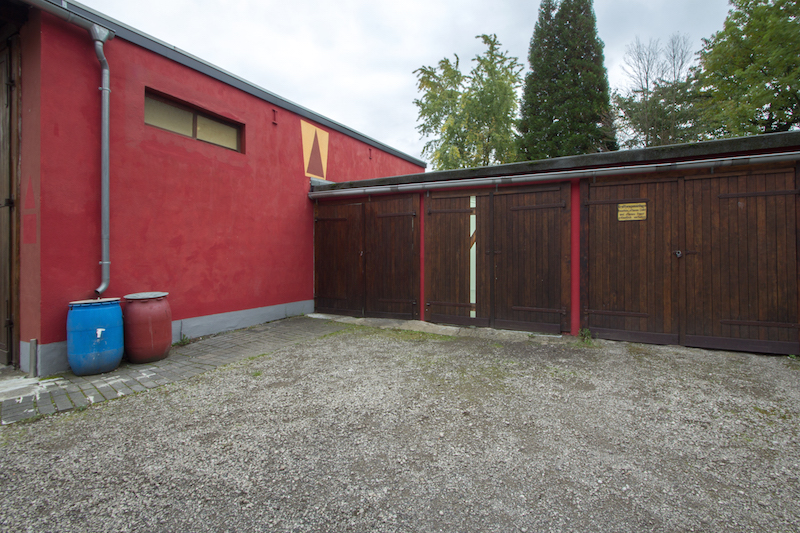 An exibithion in cooperation with the Kunstverein Bochum
One artist, two spaces, one work

images of the exibithion part at Kunstverein Bochum

While the Kunstverein Bochum has had its exhibition space for decades in the historical ambience of the Baroque Haus Kemnade, in the south of Bochum at the Ruhr, the Adhoc-Raum has established itself as a white cube in a double garage on the edge of Bochum‘s city centre for several years. Fritz Balthaus combines both art spaces with his work, for which he had a board removed from the wooden garage door on the Adhoc-Raum. This board was provided by the Schiffmodellbauclub Bochum with the necessary pro- pulsion technology and made mobile. At the opening of the exhibition, the board crossed the moat at the Baroque Castle and was then placed on a pedestal in the exhibition space of the Kunstverein, Haus Kemna- de. It was there until the end of the exhibition. Just as long as there is a gap in the garage door, through which the neon-lit empty white cube can be seen and its permanently switched on light threw outwards. After the exhibition, the board was put back into the garage door. The board and its temporary forms have been swallowed up by the functional context again and remain only in memories, photos and videos.
Kunstverein Bochum 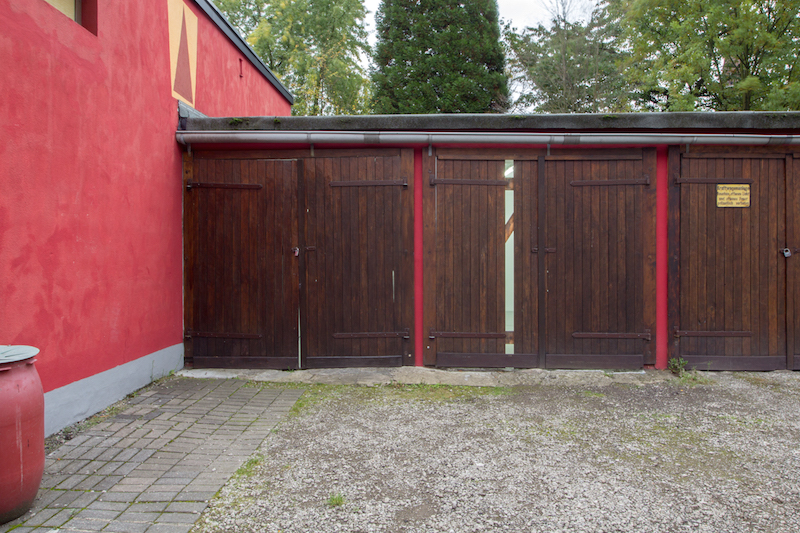 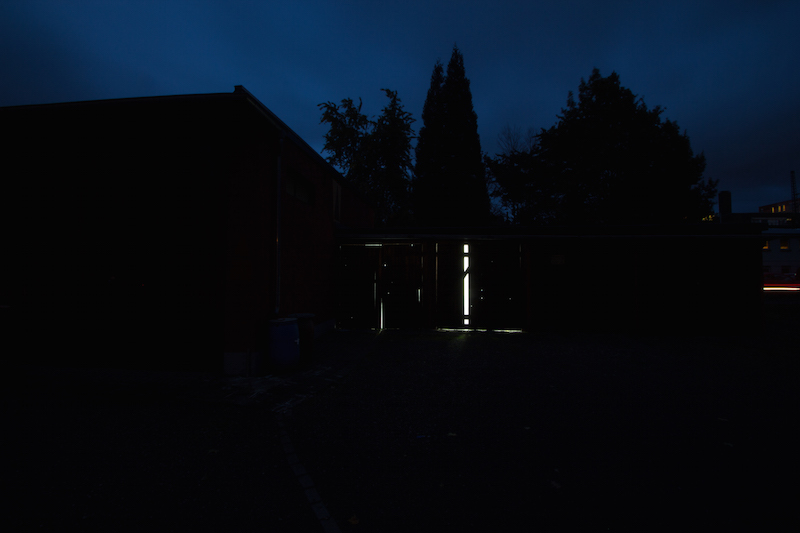 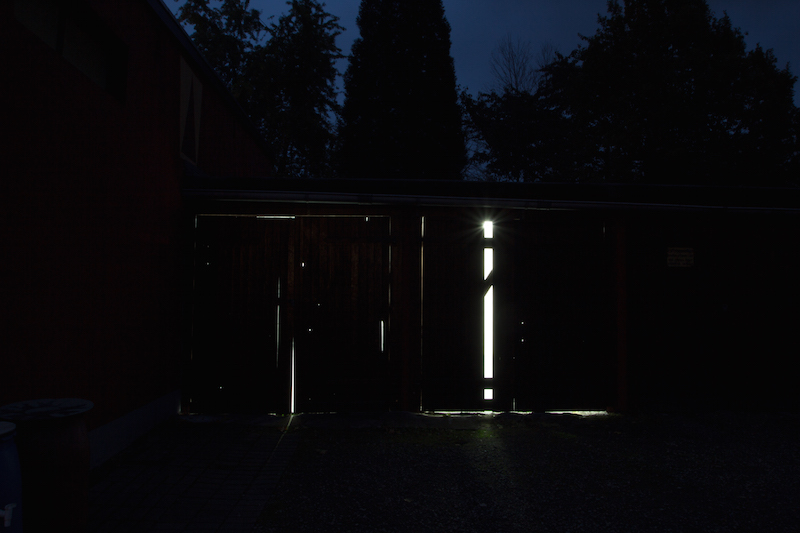 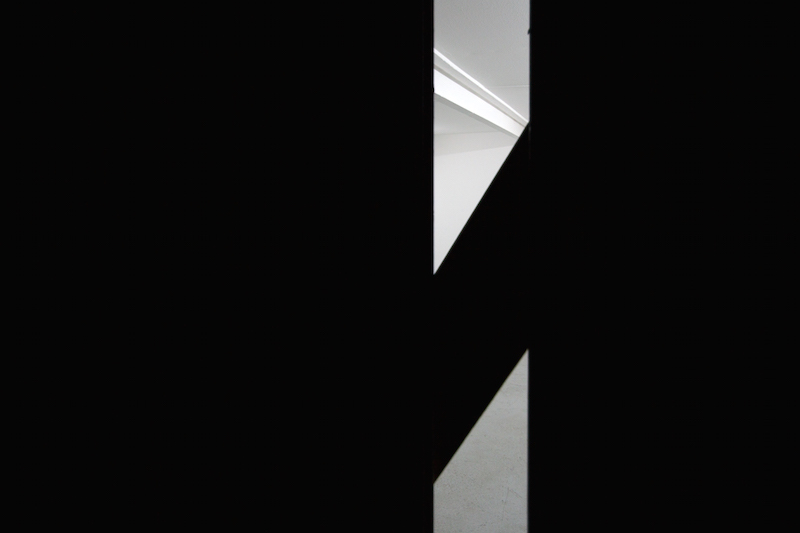 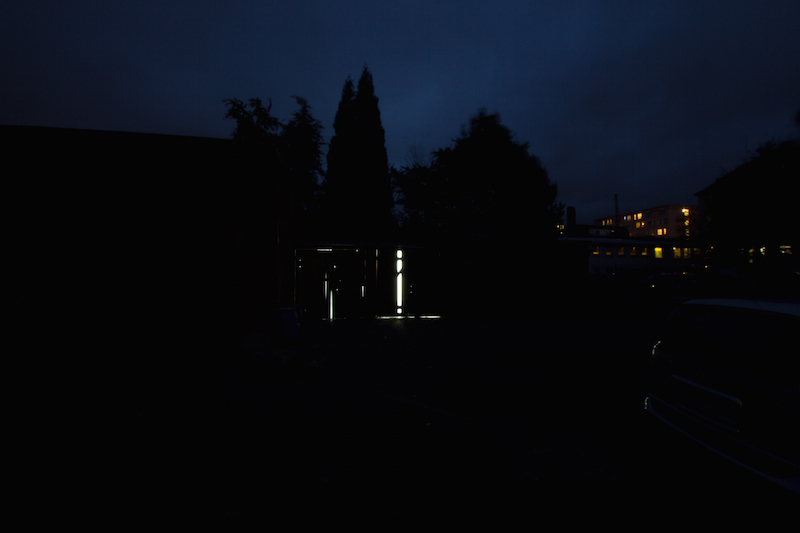 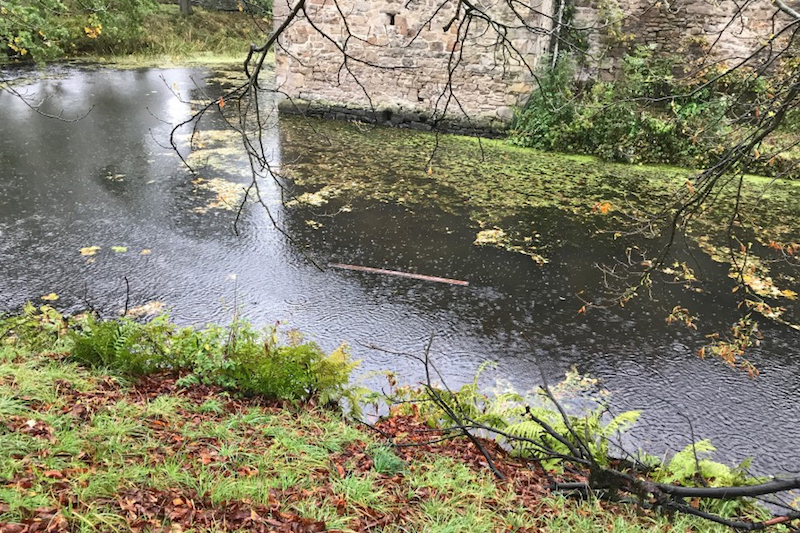 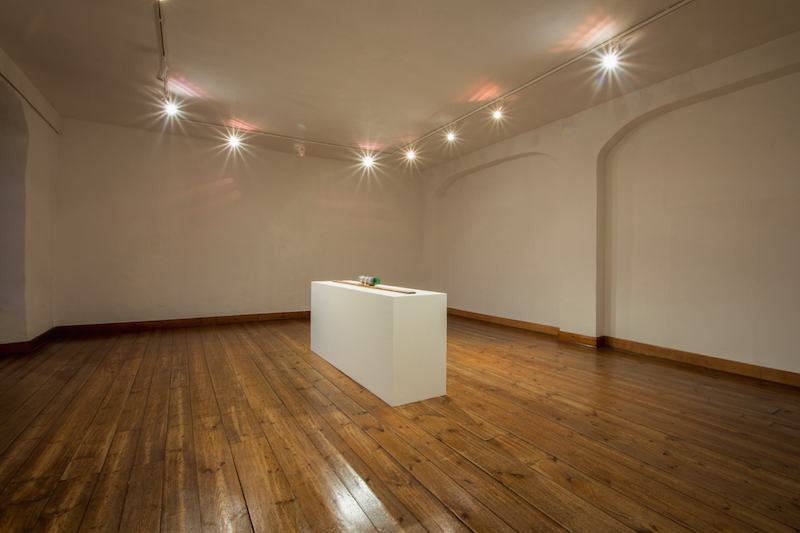